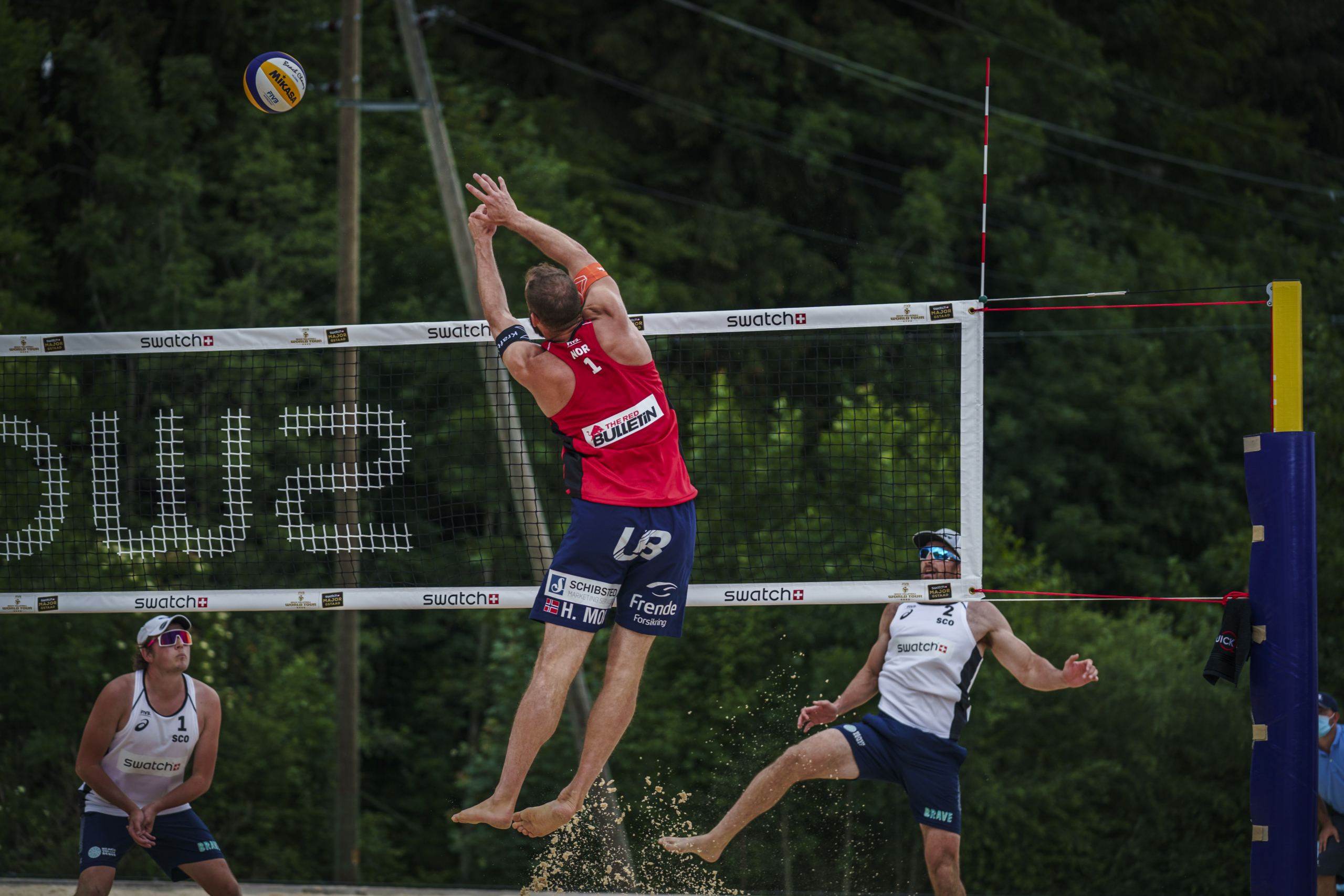 The FIVB World Tour restarted in April earlier this year after the COVID-19 pandemic cancelled almost all events in 2020. After finishing 2nd and 4th at previous Small Countries events, we were keen to test ourselves on the World Tour and earn important ranking points towards Commonwealth Games qualification.

The year long pause combined with fewer events left many World Tour events oversubscribed, a 1* event in Sofia in May had over 90 entries for just 28 spots. Since 2019 we had a plan to play on the World Tour, but it looked like we may have to wait a little longer.

However, we have been sitting patiently on many reserves lists and our call came up one Friday morning for one of the biggest events of them all. We had somehow climbed nearly 20 places up the list for the Gstaad Major 4*, due to many other international teams’ inability to access the venue in the Swiss Alps, and some teams leaving early for Tokyo. We were keen to make every possible effort to take the opportunity.

After a frantic video call with Scottish Volleyball staff the calls and paperwork were put in place for us to make our world tour debut, and by that afternoon, flights and PCR tests were booked. We still had a mountain to climb to get there, with over 20 pieces of paperwork, but after negative results and a connecting flight in London we landed in Geneva on Sunday evening.

It was a two hour drive in our hire car through Lausanne and then climbing up through the Swiss Alps to Gstaad, a traditional ski-ing town and described by many players as their favourite venue. At about 2am local time we arrived at the hotel and we were now in the ‘bubble. We had to wake at 7am to be taken to the testing centre for our entry PCR test. We were not allowed to leave the room until the results were returned negative, providing the final hurdle and a nervous wait while we caught up on eating, sleeping and working.

We had a training session organised with Israel thanks to a mutual connection through our satellite coach, and once the tests were returned negative we were cleared for action. Still under the rules for the bubble, the only three areas we could access were practice courts, main courts and the hotel. The training session was great to settle our serves, 1 hour on court with another team in the qualification draw and some solid play showed we could play on their level.

Back to the hotel for dinner and the draw returned us one of the highest profile teams in the qualification of Bersten/H.Mol from Norway, ranked 38 in the world. If that name looks familiar Henrik is the elder brother of Anders, current world number 1. Thankfully we had the element of surprise on our side with virtually no footage available, whereas our opponents have dozens of games uploaded on their YouTube channel to study.

Warming up the game the next day we were able to do our same usual routine and try to get in the zone and treat it like any other game. There were a total of five Olympians just in the qualifying brackets, with most of the top 10 ranked teams already in the main draw, so there was a certain amount of imposter syndrome combined with belief and reality, with a strong desire to show that we did belong on the same court as these players.

With the Norwegian coach warming up his second team, and the world number pair watching on with the mountains in the background, there was no better setting for our first game on the World Tour. We had a game plan that we were keen to execute, and after a nervy first few points we set into our rhythm, of pinning back one of their players to the back of the court with the serve, lining him up to Ross’ block.

While we managed to go point-for-point towards the end of the set, the start was too slow and we lost 21-13, but didn’t feel too far away.

The second set started better but just a few points in the heavens opened for torrential rain. A few longer rallies with some great digs and blocks saw us play the first set level all the way to 8-8, Callum scoring with the classic line over and wiping off the block before a few blocks from Mol pulled them in to the lead 12-9 at the technical time-out.

A long rally to bring the score 13-10 with a clever hit by Ross on the second ball attack had Bersten complaining to the referee, which gave us further motivation as we knew we were frustrating them by sticking in. However, a few missed opportunities to kill the ball from us as well as stronger serving from the Norwegians allowed them to pull away towards the end of the second set to close out the match 2-0.

We come away from the match with great positives and experience. We got blocks, aces, digs, spikes and winners against one of the best teams in the world. It’s clear at the top level it’s just finding consistency, and having fewer mistakes. Qualification on the World Tour is brutal, with just one loss before you’re out, but we are determined to make it in to the main draw one day. We also pick up some valuable ranking points and confidence knowing that when our next opportunity comes we will be well prepared indeed.

We would like to thank all those at Scottish Volleyball and Sport Scotland for their help in getting us there safely, the organisers and the volunteers of the Gstaad Major and the staff at the Les Hauts de Gstaad hotel. 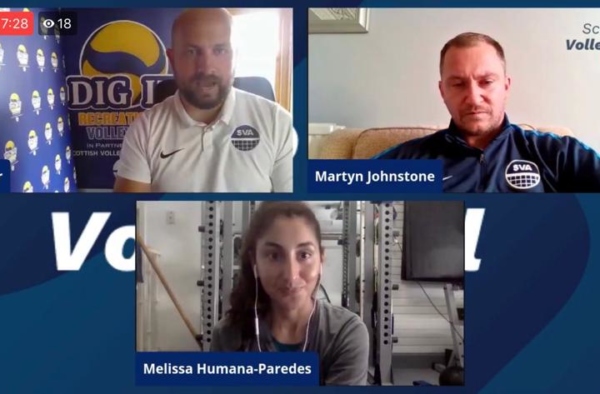 What a difference a year makes

I cannot believe it’s been a year since my first day with Scottish Volleyball, I think I can safely say it… 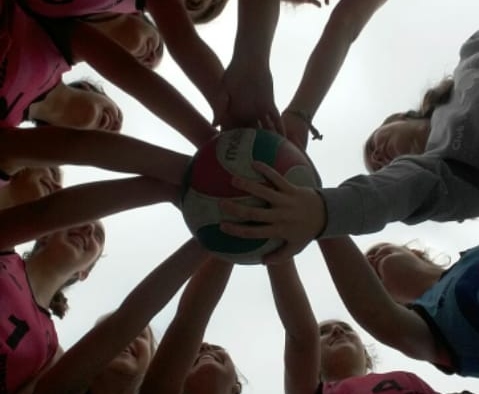 Aitana tells her story about how she started playing volleyball back in Spain.