The national festival for the S4/5/6 girls took place at Ravenscraig on the 4th November. The festival this year had a few new schools entering for the first time. The day started slightly later than anticipated, this was to allow the teams travelling from South Ayrshire time to arrive. Once they arrived the Gils morning session got under way. The games were played over the two feature courts leaving the third court available for practice.

In the morning the Girls played in one Pool of teams playing everyone once. In the afternoon the teams would be split into two pools with the top 3 teams playing off for the silverware. The first round of games in the morning saw both teams form Belmont Academy emerge as early favourites. They were very strong with many of the players on show representing club sides. However this did not deter the competition as they competed fiercely.  The teams from Dalziel High school and Girvan who were at their first festival were unfazed by competition. Woodfarm High school were pushing for a place in the top pool in the afternoon. However a draw with Dalziel B would mean that they would not make the split.

see them through to the top pool for the afternoon session. This was going to be a tough afternoon for the new comers as both Belmont sides had made the top pool as well. Eventually it was the Belmont A team that would emerge as clear victors. However, all the teams that they faced on the day played extremely well. The play form the girls was exceptional and made the day a great success. Thanks go out to all the girls and staff members for attending the day. 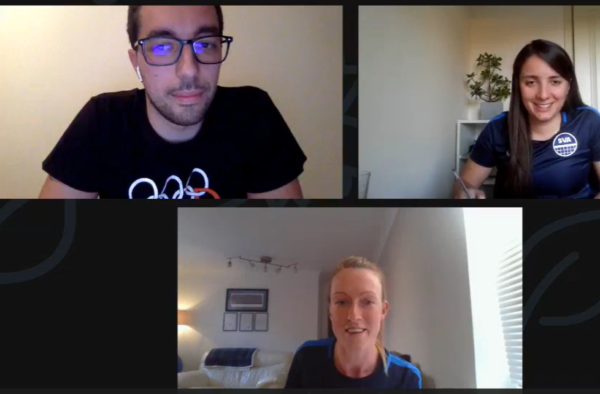 From Scotland to Italy – building bridges

A week ago, our Regional Development Officer for the East, Lynne Beattie, had the great opportunity to be an…
Events General School 21st May 2013

SOVT – Perth Open almost upon us

Only a few days till the 29th Scottish Open Volleyball Tournament…