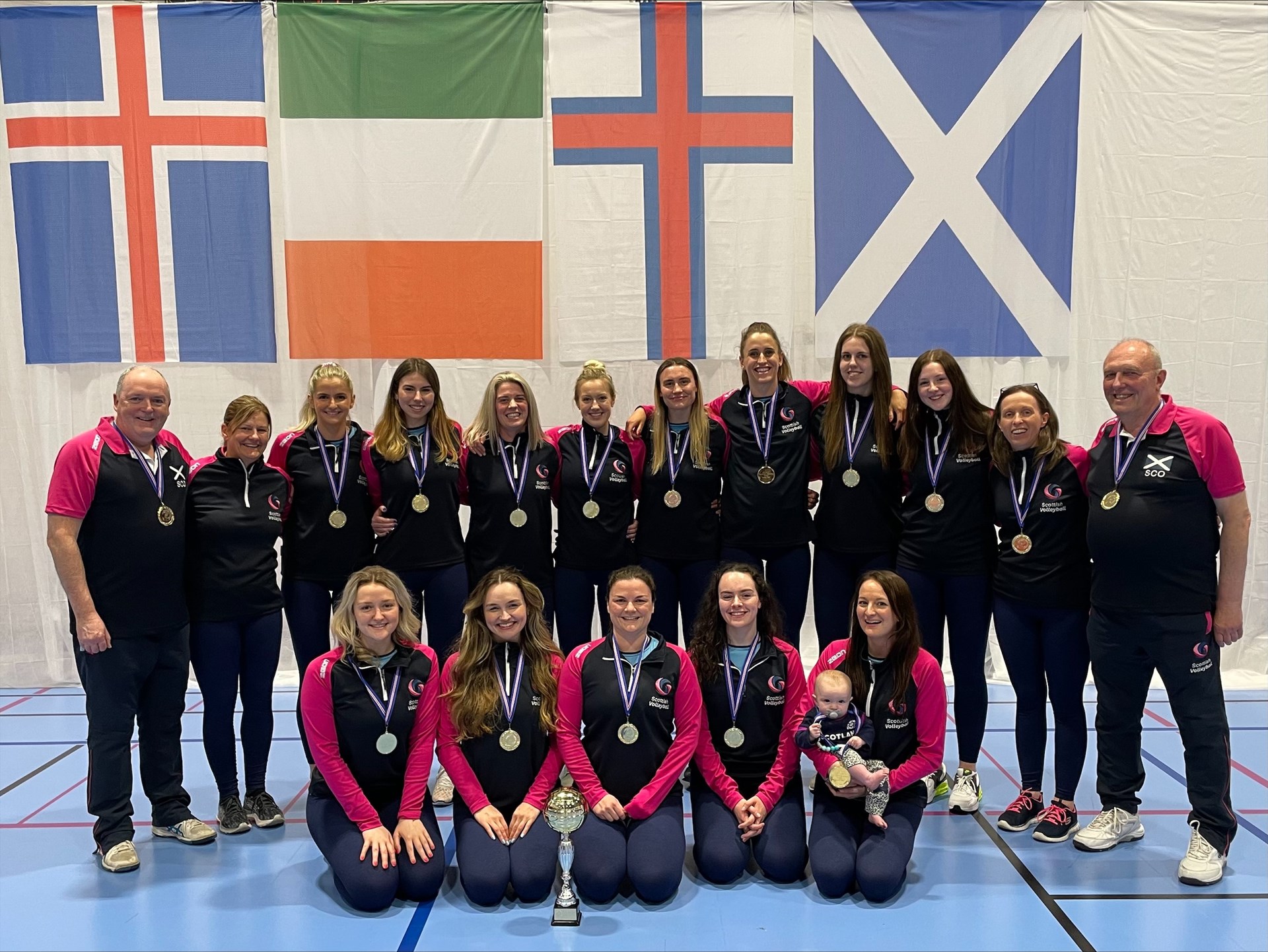 General 16th May 2022
Everyone at Scottish Volleyball is unbelievably proud of both of our National Teams who for the past three days have been competing in the Small Countries Association Indoor Championship, held in Iceland and the Faroe Islands. Our men’s team, having started the competition off strongly with a 3-1 win over Iceland, couldn’t quite keep up the momentum and finished 3rd overall in the tournament bringing home the bronze medal. Scotland’s Edward Oldbury was voted Best Middle Blocker of the tournament for the second time in a row. We would also like to wish Darren Martin, who was injured in the teams’ first match, a speedy recovery as the group make their way home. 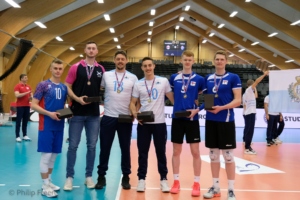 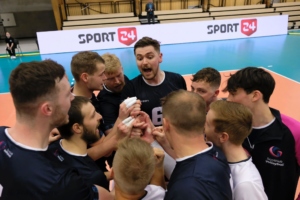 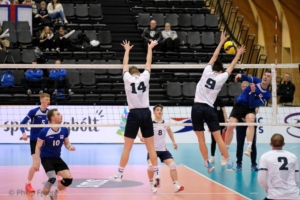 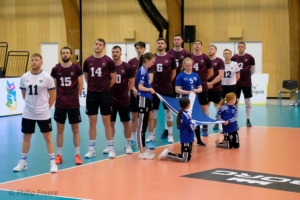 Our women’s team made it three wins out of three in their quest to bring home the medal, marking this the first time that a Scottish Senior Women’s team have won gold at this level. Scotland looked as if they had never been away from the international arena, with amazing defensive and attacking plays ensuring the win for the team. Friends and family made the trip over to support the women, and were behind them for each shot, each point, each set and in their ultimate victory. A special thank you goes out to the travelling Tartan Army for all their support. 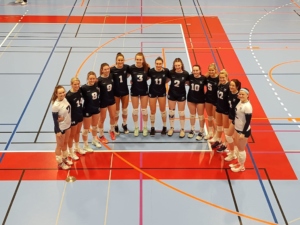 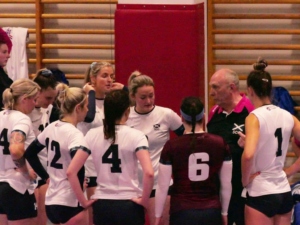 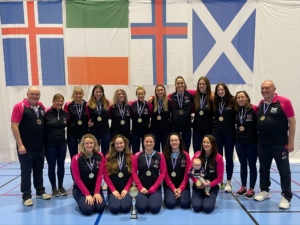 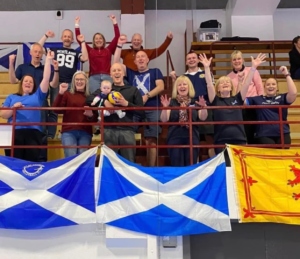 Margaret Ann Fleming MBE, had this to say: “On behalf of Scottish Volleyball, staff and Board, we wish to congratulate both our Senior National Team’s who this past weekend successfully competed in the European Small Countries Zonal Association Senior Championships. Our Women’s National Team for the first time ever secured gold with our men finishing strongly in third place. We could not be prouder of both players and staff. A wonderful performance by both teams and our congratulations”.

A busy weekend at Portobello Beach

The weekend of June 9th and 10th witnessed some terrific volleyball activity on the beach at Portobello.
General 14th November 2016