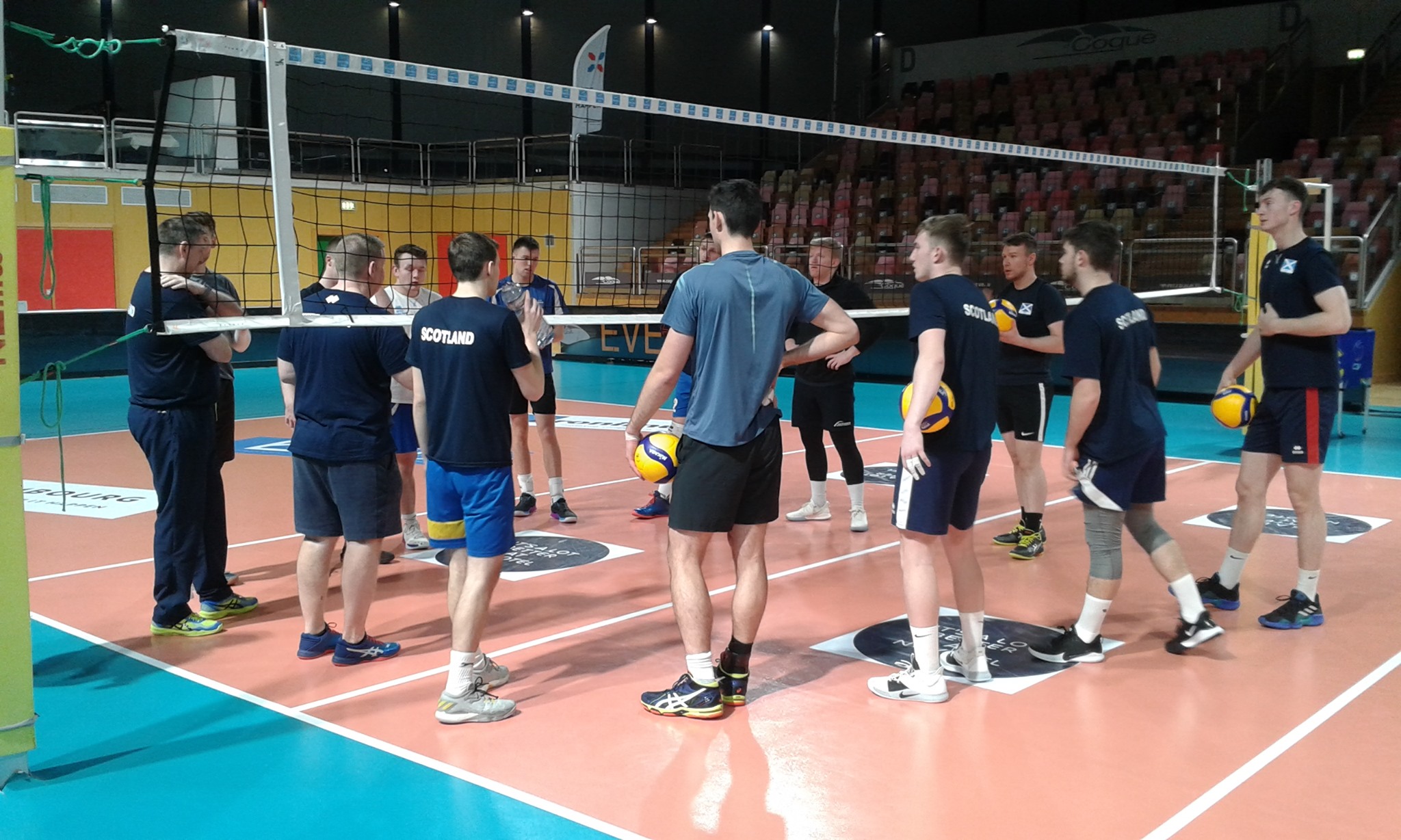 Let’s find out what happened during the second day at the Novotel Cup. Both our national teams had both training sessions and matches.

The men’s national team, after another positive training session, looked forward to their second match at Novotel. Old foes Iceland were our opponents with a 3 pm start.
The team showed a much improved performance from the previous days match against Luxembourg. Unfortunately it wasn’t good enough and we lost out by 3 sets to 1.
The first set saw once again a slow start from Scotland, always chasing and eventually going down by 25-17.
But the next 3 sets saw Scotland come alive with some brilliant attacking play and strong serving which resulted in taking the second set 25-23.
Sets 3 and 4 could have gone either way with Scotland matching their opponents in every area. We were unlucky to lose out 26-24 in the third and despite having set point on 6 occasions in the fourth we lost out 32-30.
Scotland thoroughly deserved to take the match to a deciding set but it was not to be. The players now need to pick themselves up for our final match today at 9:00 am UK time against England. A 3-0 win would still give us a chance of finishing 2nd in the competition.

The women’s team had their second defeat on the second day of the Novotel Cup at the hands of the host nation, Luxembourg.  Despite a strong start by Scotland, the team were unable to beat a technically strong Luxembourg side.
Scotland improved their passing which opened up to more setting options.  Laura McReady and Katie Barbour passed consistently, allowing attacks from Shona Fraser, Mhairi Agnew and Carly Murray.
Emma Waldie and Lynsey Bunten came into the game during all three sets and Samantha Fowler entered the game during the second set.
Scotland now has a tough last day ahead of them as they take on England at 12:00 today (11:00 UK time).

Find the live stream here to support our national teams!