St Andrew’s day was the date for the West P7-S1 festival at the John Wright sport centre in East Kilbride. The girls and boys form the west schools arrived in great spirits and were determined to serve up a feast of volleyball fitting for Scotland National day.

With 15 teams competing across the boys and Girls competition is was going to be a busy day of volleyball for the 60 players hoping to dazzle the opposition with their skills.

The boy’s pools got under way with the teams from Kyle showing excellent ball control and game awareness. South Lanarkshire representatives, Duncanrig High school were determined to make their mark on the tournament with some consistent performances. However it was the boy’s side from Largs Academy that were the surprise package of the day with a Braveheart performance.

Not to be out done the girls turned up with some style and put on a display of quality volleyball and spirt. Kyle Academy were playing some excellent 3 touch volleyball and showed some fantastic game play. Duncanrig A team emerged as a serious contender with some key wins and a never say die attitude to the game.

top pools to push for the top spots. It was now the business end of the tournament. What transpired was a sensational display of top volleyball. The girl’s teams from Kyle were pushed all the way by the determined Duncanrig High team who would manage to finish runners up. However the day belonged to Kyle Girls as they were just too strong for the South Lanarkshire challengers.

As for the boys, it was blood and thunder volleyball all the way! Duncanrig and Largs were determined to push the Kyle team to the limits. With lots of action and some very tight games Kyle B team manged to take control and managed to come through a very competitive afternoon to be crowned champions!

Congratulations to both S1 teams from Kyle Academy for their great display of volleyball and winning the festival. 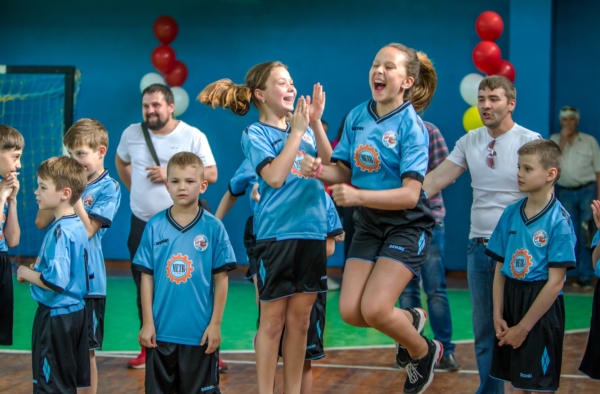 Parental approval for the nation’s coaches

UK Coaching, the lead agency for coaching in the UK, has released new research, which suggests that parental perceptions…
General University 5th February 2015

I am delighted to present a CPD workshop, featuring three Stirling University PhD Students on the topic of nutrition.…