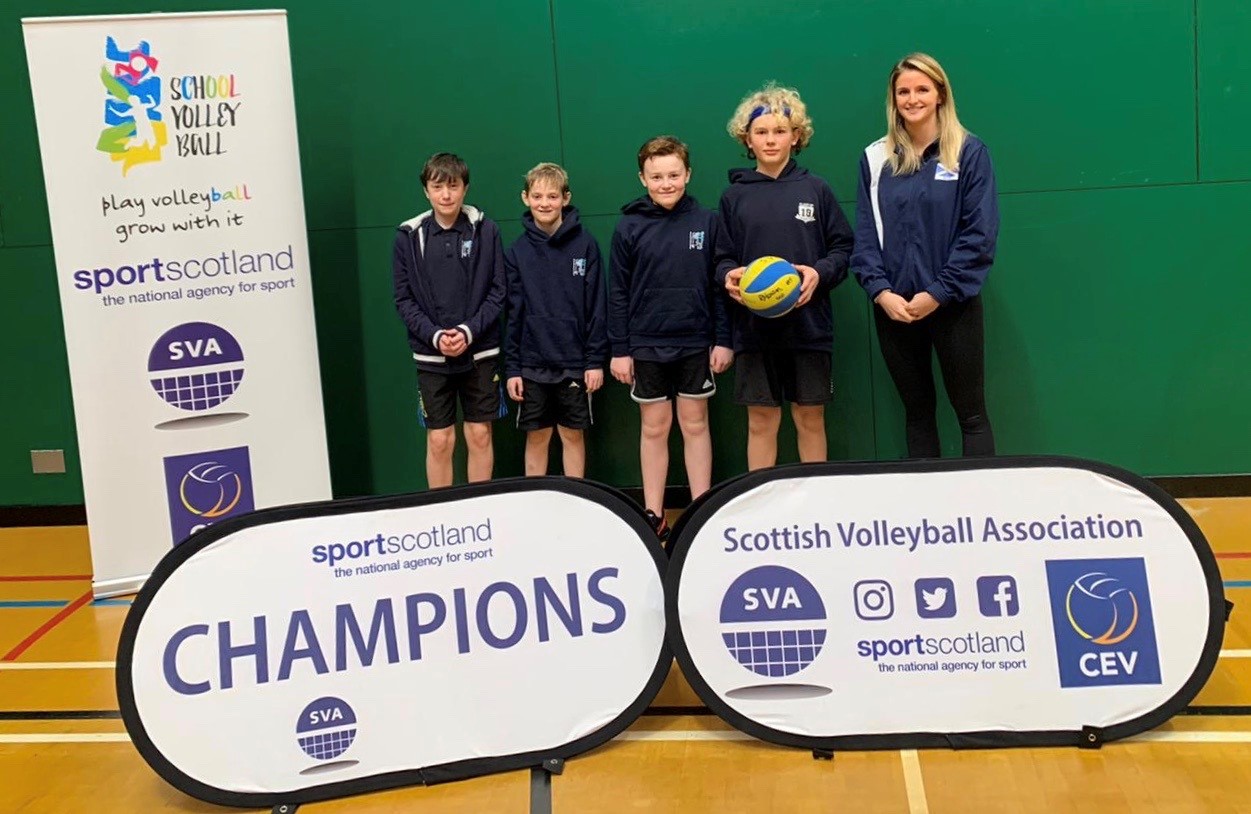 The P7/S1 #MACVOLLEY Festival took place on Wednesday 5th February at John Wright Sports Centre in East Kilbride. There were 21 teams entered into the competition but unfortunately due to circumstances out with their control, some schools were unable to attend. The tournament went ahead with participation from across the West Region. The hall was filled with enthusiasm and a desire to compete.

Once the teams arrived and a short briefing the games got underway. The level of play in the morning as fantastic.  All teams were working so hard and were showing off their skills; showcasing every element of game play. The level of play was matched only by the volume inside the John Wright sport centre, which made the atmosphere electric.

Once lunch was finished, the afternoons play got underway. As expected the morning play had provided an afternoon that would not disappoint. In the boys pools it was once again an Epic Battle between the Ayrshire schools and in the Girls pool the Ayrshire schools were joined with Belmont House from Glasgow. 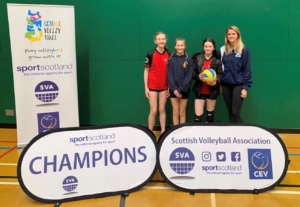 The intensity in the gym had gone way up. The boys were showing great team play, devastating attacks and some unreal defence. The Girls pools were demonstrating fantastic service games and defensive plays to keep points alive. Every point mattered.

In the end the winning boys’ team was from Woodfarm High School who secured the P7/S1 title and in the Girls pool it was Belmont Academy who claimed the title.

The day as always needs to thank the Centre management and staff for the set-up of the hall and a massive thanks to all the staff active schools coordinators and coaches who helped get all the teams to the event.

Jess Reid presented with Coach of the Year Award