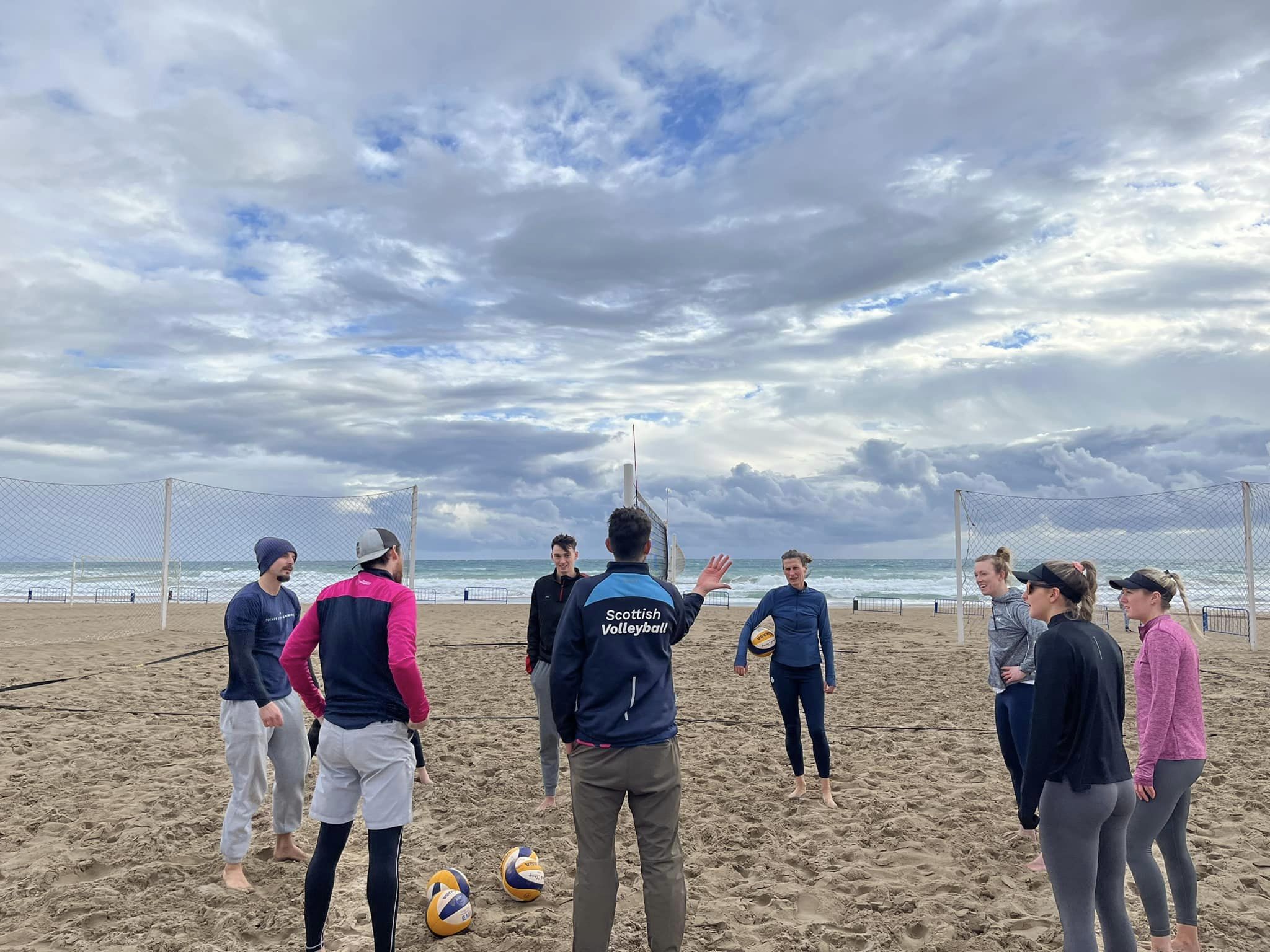 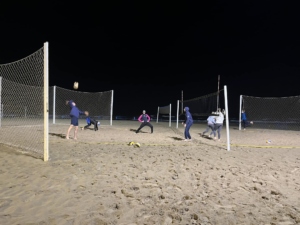 After five junior teams competed at the three CEV European Beach Age-Group Championships this summer as well as six different pairs at twelve different FIVB Beach Pro Tour Futures events, the autumn has seen a quieter period for the Beach Programme. However, athletes – both junior and senior – have been taking part in Strength and Conditioning sessions with a consultant S&C coach through the autumn period. 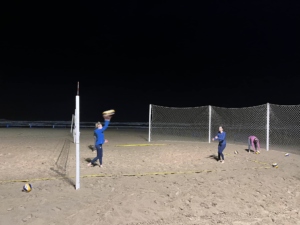 A long weekend in Alicante was part of a series of winter activities to ensure the Beach programme remains an elite, year-round programme. All-but-one athlete travelled out together from Edinburgh Airport on Thursday afternoon with the chance for some activation and light training on Thursday evening. The weather on Friday was not as warm and summery as hoped but the athletes still got stuck into multiple strong sessions, both during the day and in the evening. The players worked on skill-specific drills, with real development shown by all eight athletes through the weekend. 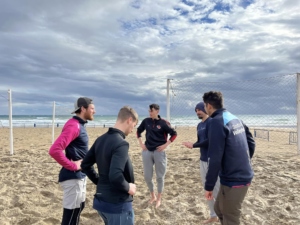 The Performance Team are working hard behind the scenes with other plans for this winter including another, longer Winter Camp in February with a larger group of players as the programme shapes up towards the 2023 season. The programme are also embarking on a period of recruitment, looking for both players ready and excited to play on the Beach Pro Tour as well as juniors looking towards the 2030 Commonwealth Games and Brisbane 2032. More information on both of these strands will be published in the New Year.

Lanarkshire Ragazzi just had too much fire power for South Ayrshire. Dominant net players with decent height and skill,…
General 15th May 2015

The Scottish Volleyball Association in partnership with Glasgow Life is delighted to bring International Volleyball back to the city.