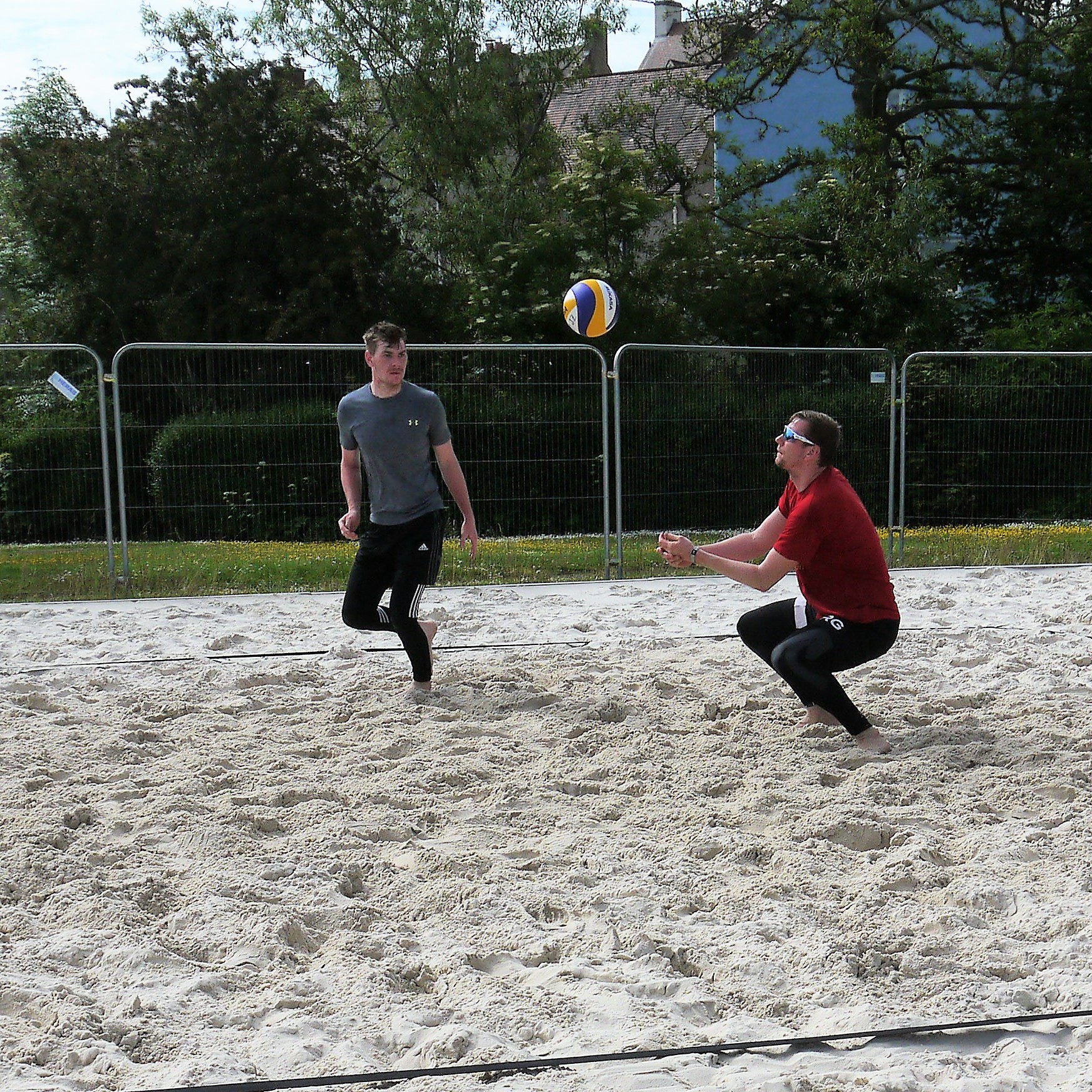 The maximum twelve women’s teams competed on the Saturday, starting play at 9 am and continuing throughout the day until the competition drew to a close at 5:30 pm.

The weather conditions were ideal on Saturday morning, fairly bright, no sun and minimal wind and the teams reacted positively with some fine play being displayed on the two sand courts. The women’s competition reached its climax with a thrilling final between Barbour/Morrison and Crusey/Waldie with the former edging the title 21-14; 21-15.

Sunday saw the weather warm up with the sun breaking through the white fluffy cirrus clouds for the nine team men’s Zeon competition which featured local players, the Boyle brothers, Connor and Declan, with Declan making his beach debut with big brother Connor.

The pair took a while to settle in losing their first set 15-7, but their play improved, winning the second set 15-10 and the third set decider 11-7.

The Boyle brothers’ second match was to be against the eventual winners’ Aberdeen based Budnik/Kaniowski and this was another close fought three set match. The Aberdeen pair edged the first set 16-14 with the Boyle brothers fighting back to level things in the second set with a 15-11 score. The third set decider was poised at 9 points each before the Budni/Kaniowski partnership crept ahead to win 11-9. Finishing second in their pool of three the Boyles were drawn against Zavaki/Broz in their quarter final tie and they had a comfortable 21-11; 21-11 victory to see them reach the semi-final stage where they faced Candeli/Avesani. It was here that they lost out and were also edged out of the third/fourth play-off place against the Hockey/Zavrel partnership.

There was a general feel good factor around the weekend’s inaugural local competition with players praising the Perth Beach facility in terms of the sand quality, sheltered location and clubhouse access to toilets and fresh drinking water.

All results can be found on the website here! 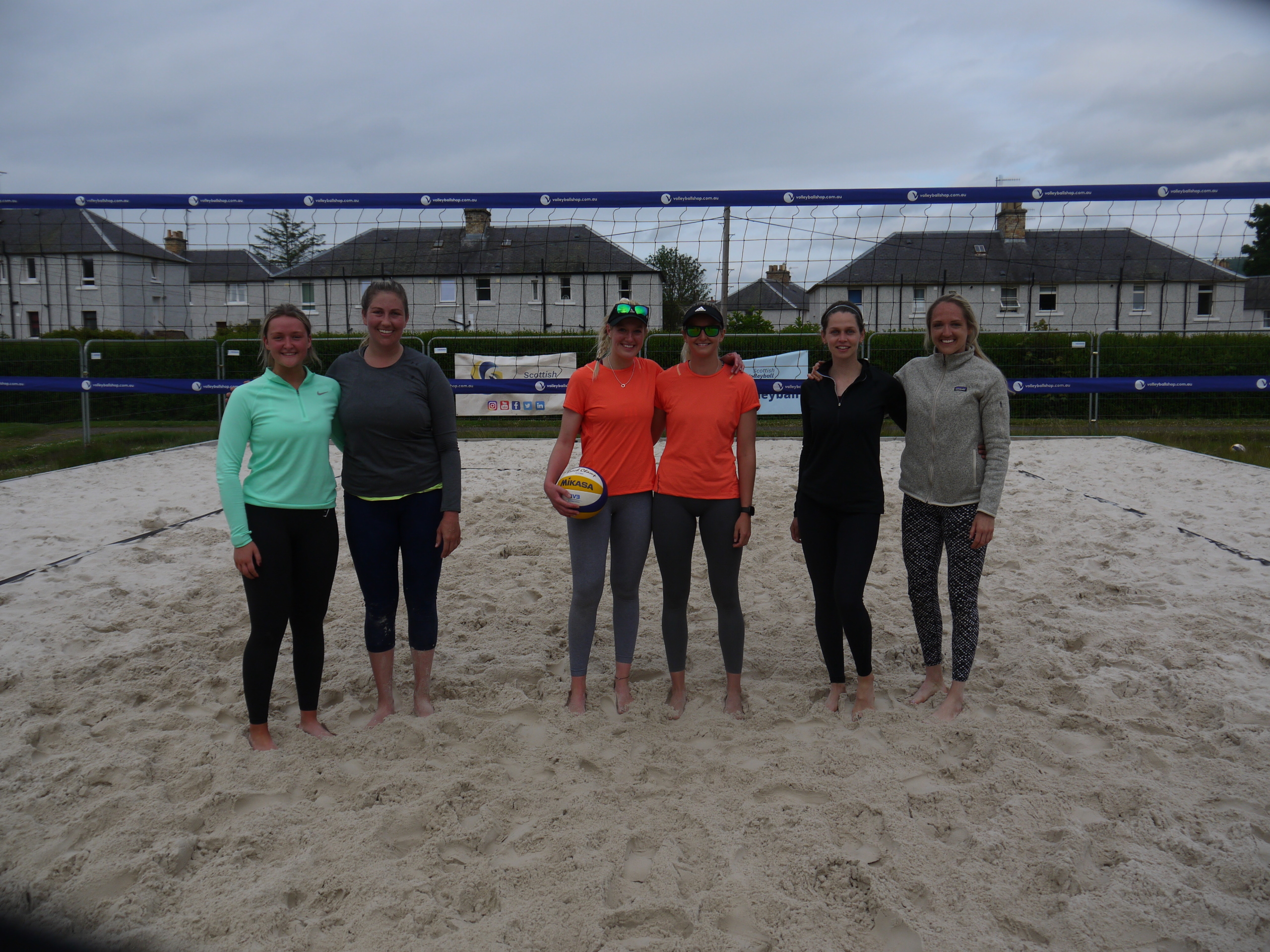 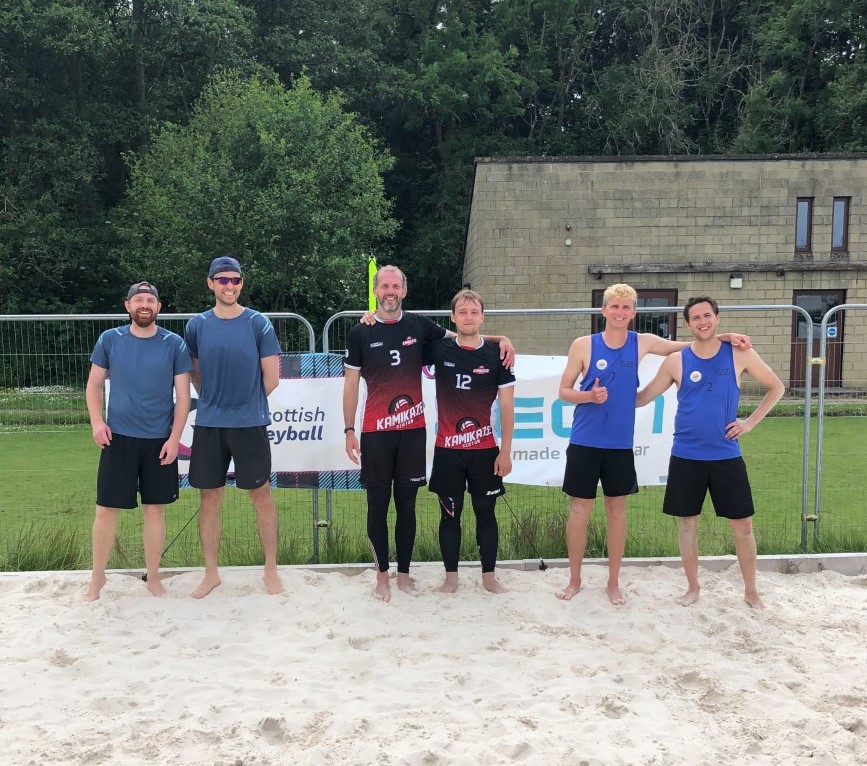 It was a great day at the European SCA Beach Volleyball Finals. It was a second day full of…