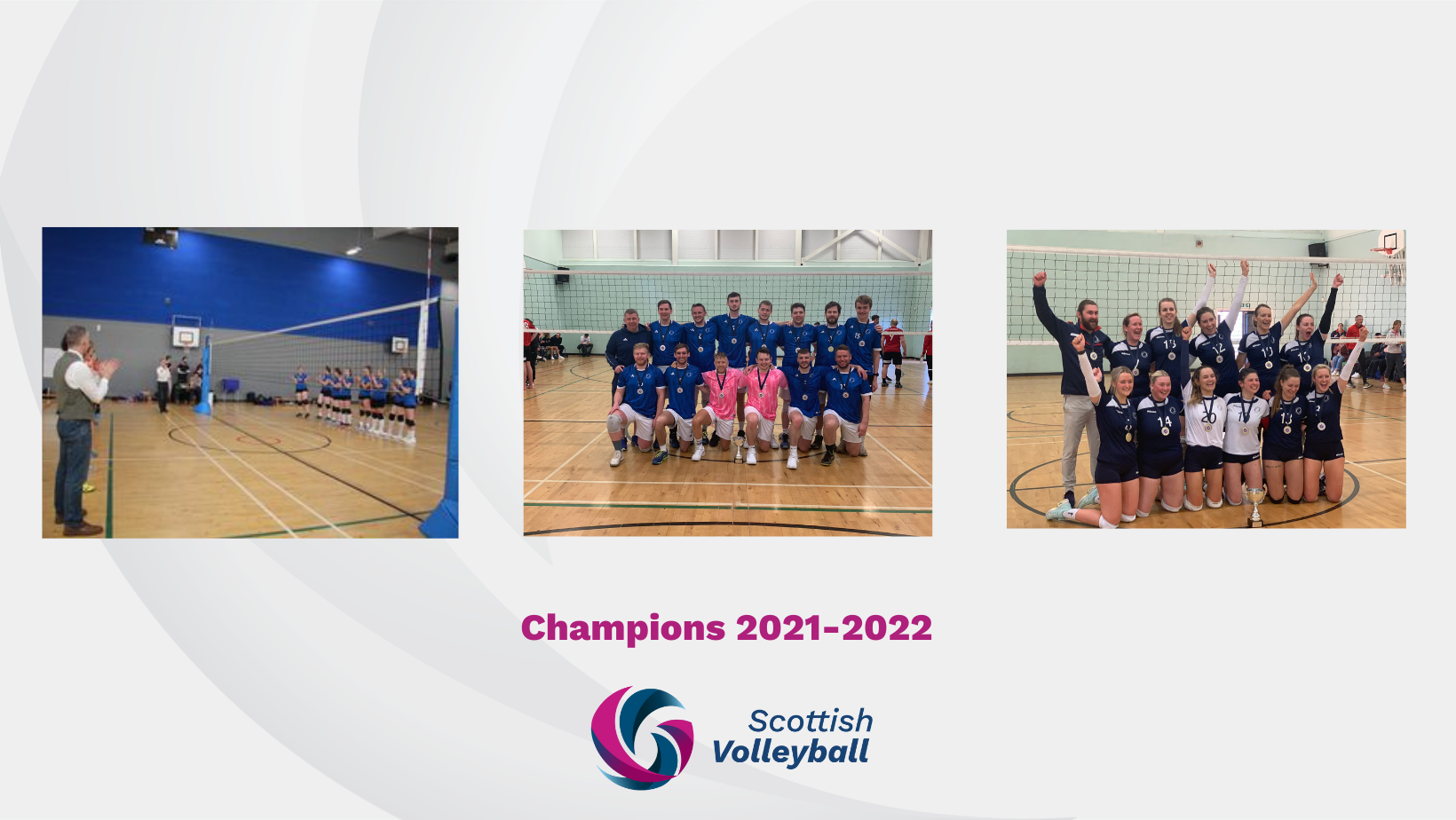 As the season drew to a close, that could only mean one thing: League finals. This year, in the first league final held since 2019 Su Ragazzi hosted City of Edinburgh in both the women’s final and the men’s final. A classic East v West match up seemed a fitting way to end the first indoor season since the covid pandemic.

First to take to the court were the women’s teams. With the changes to the league this year, Su Ragazzi and City of Edinburgh had only played each other once in the past 8 months, so we knew this was going to be a good match. City settled in to the match quickly, with some great defensive play resulting in a 2 set lead. But 2019’s league winners fought back, bringing home the 3rd set 28-26. But City proved too much for the Glasgow team, storming to victory in the 4th set (25-20. 25-16, 26-28, 25-20).

On the back of that win, the City of Edinburgh men were up next against City of Glasgow Ragazzi, the classic red of the Ragazzi men against the shiny new pink and blue of City of Edinburgh. This time City were the reigning champs, looking to make it not only a double club win for the day, but back to back league wins as well. City of Glasgow made that a difficult prospect; the red team cruised through the first two sets, using their middle and outside players superbly to win 25-21, 25-20 and take an early 2-0 lead. The third set however, went the way of Edinburgh, the team closely winning the set 25-22. It was all to play for in the next two, but City aren’t league winners for nothing; they clawed their way back from the brink to win the match 3-2 (21-25, 20-25, 25-22, 25-23, 15-11).

In Edinburgh, at NUVOC’s home, the final of League One women took place. It was an outstanding match with great play that eventually saw the second team in the league Dundee prevailing over and undefeated NUVOC for 3-0 (27-25, 25-15, 25-21).  This gains automatic promotion to the Premier League to Dundee, while NUVOC will fight for their Premier League spot against Edinburgh Jets this Saturday.

It was stunning display of volleyball throughout the day, with both players and spectators enjoying the return to indoor volleyball. Congratulations to City of Edinburgh and Dundee Women for their respective wins. Next up, Cup finals weekend! After the Easter break we will get to know the League One men champion as well!

The 2017 Fast Track Programme has been a resounding success with players and coaches attending from all over Scotland,…
General 13th December 2016

As many of you have may seen, City of Edinburgh Men held their own to 21-21 in the opening…