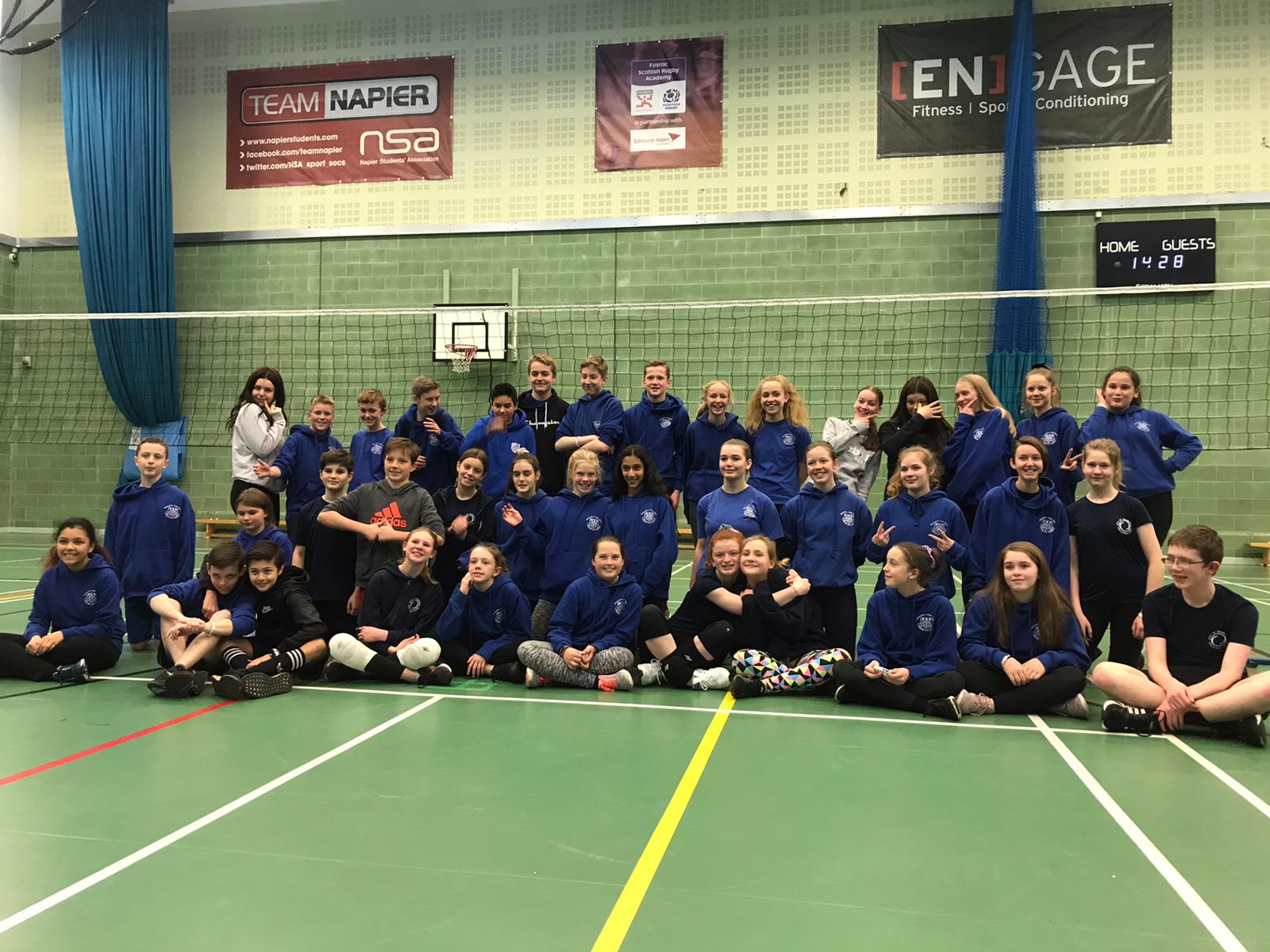 With an increase in the number of entries from previous year, this was sure to be a great day of volleyball and it didn’t disappoint.

The level of the Schools Festivals continues to amaze us, which is testament to all the hard work the teachers and club coaches are putting into the development of these young athletes. It is not only the volleyball that is fantastic, but the level of sportsmanship between all the players, staff and coaches.

The competition got underway as normal and it was clear right from the beginning that the schools who are normally ‘in the mix’ would continue to do so. Queensferry HS dominated the Girls competition with all 4 places in the top pool taken up by the South Queensferry School.

Queensferry HS F dominated the pool and then went on to dominate the final against Queensferry E to take home the Festival title.

As with every School Festival, there are 2 participants who showed their worth not only on the court, but also in their sportsmanship and the way they distinguish themselves.

The winners of the MACVolley Sportsperson of the Festivals were Patrick Shaw from Queensferry High School and Rowan Wilson from Belmont House School.

This year we will not only have an S3/4 Schools Cup in Glasgow during March, we will also be introducing the 1 day tournament for S1/2. This competition will take place at the University of Edinburgh on the 24th March 2020.

If you wish to enter any of the Schools Cup tournaments, please click here for more information.

Madras College Winning the ‘Power of the Pancake’ Challenge