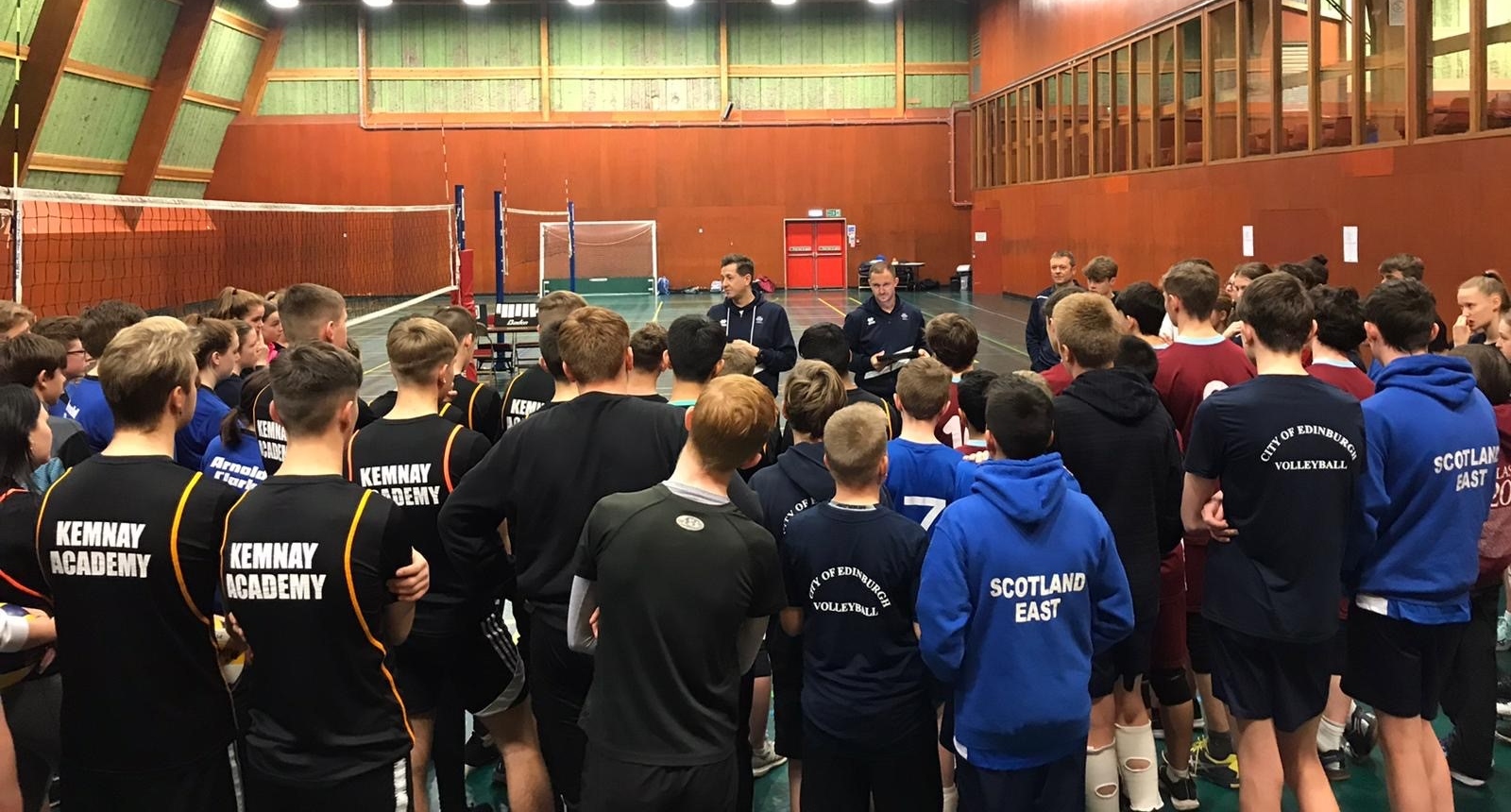 It was business as usual in the Lynch Sports Centre in Dundee for the S4/5/6 Festival on Thursday. The teams who travelled to the Lynch SC were greeted with the news that their playing time would be vast due to the number of teams who had entered.

Queensferry High was the top team in the girls’ hall with a huge amount of experience and sophistication in their play.  Kemnay Academy made a huge improvement from their last tournament in Aberdeen and showing signs of progress.  Kinross High School were again in attendance and were directed throughout their day by Kinross stalwart Dave Munro. It is great to see their continued involvement in the East Festivals.

Queensferry 1 emerged victorious with a 100% record in the tournament defeating Queensferry 3 in the Final.

The boys’ event was a closely fought contest with James Gillespie’s and Kemnay Academy 1 progressing from the pool to the final. Madras College overcame Kinross to take 5th place while Kemnay Academy 2 defeated Queensferry High School to finish 3rd. Kemnay Academy 1 played the game of the tournament in the final to take home their first National Schools title.

The next festival takes place at Engage Sports Centre on 14th November which will be the first tournament for S1/2/3.

You can still enter here.

There are still spaces for the S5/6 Scottish Schools Cup taking place in Dundee on 28/11.

You can still enter here.

SVA is launching an online learning zone with many topics covered over the course of the next three months.  Make sure…
General 18th January 2012