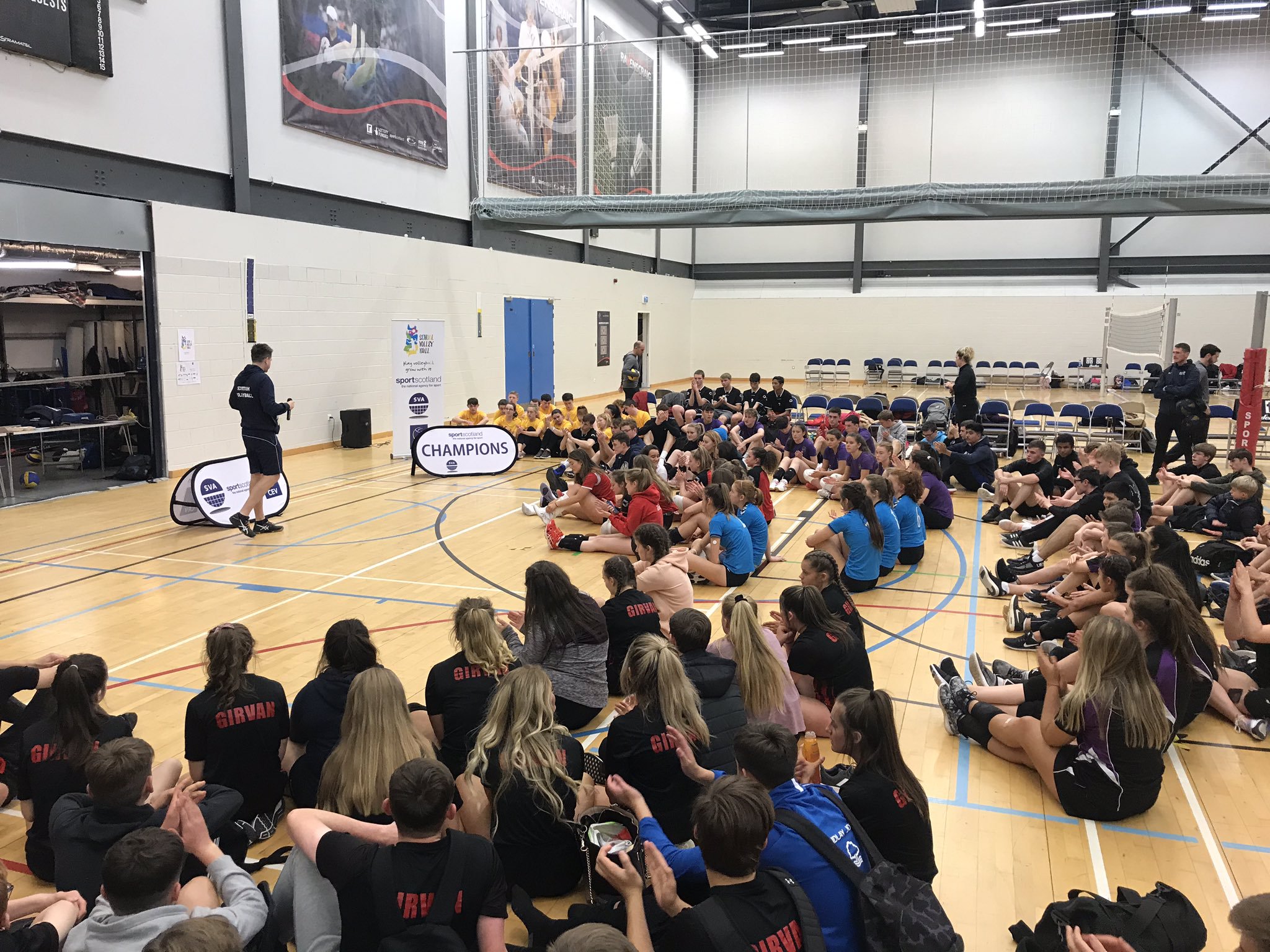 A total of 26 teams embarked on a festival of volleyball at Ravenscraig Regional Sports Facility all aiming to win the S4/5/6 West Schools Festival.

In the girl’s tournament, the level of play progressed very steadily through the day but it was clear that Belmont Academy and Marr College were going to go head to head for the title. Girvan Academy nearly through a spanner in the works with 2 close matches against both the teams, but just couldn’t edge their way to a victory. It came down to the last service of the day to decide who would win the tournament and Belmont Academy emerged victorious.

In the boy’s competition the level of play was competitive from the start. All teams took to their duties of officiating, scoring and line-judging with great enthusiasm, which allowed for a great platform for the players to just enjoy playing. The top pool was as close as could be, with an epic encounter between Ayrshire powerhouse Marr College and East Renfrew’s Woodfarm High School. Marr showed their dominance with some strong offence and were rightly crowned the champions of the tournament.

For the teams learning the game, the rallies went back and forth with all teams adopting a never say die attitude to keeping the ball in play. Teachers and coaches were stood at the side of the court encouraging their players to play the right way at every opportunity.

A massive thanks is due to the teachers, active school coordinators, coaches and school staff who gave up their time and organised for the schools to participate in the festival. We were delighted to recruit 7 of the teachers in attendance to our newly formed Teachers Panel. This group will help shape the future of school activity for Scottish Volleyball. If you wish to be part of this project, please contact us here.

Players and schools went away very enthused and hopefully the enthusiasm will carry forward to the S4/5/6 Schools Cup due to take place in Dundee on 28/11/19. Places for the S5/6 boys and girls Scottish Schools cup are limited to 10 teams per gender with a maximum of 1 team per gender per school. Please ensure that you are available for both the qualification and the finals dates for the S5/6 indoor competition. Don’t forget that the finals will be played as a part of the SVA Cup Finals Weekend on the show court with international standard set up and seating for 500+ spectators.

If you want to get involved in future festivals or Schools Cup then please get in touch. 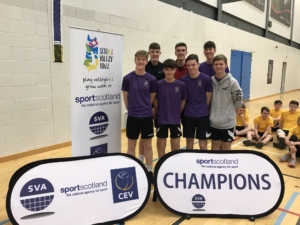 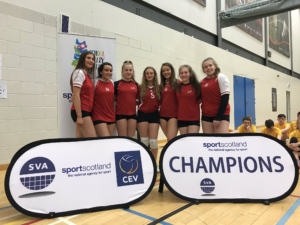 St Andrews is host to this weekend’s leg of the Scottish Beach Volleyball Tour, and the deadline for entries…