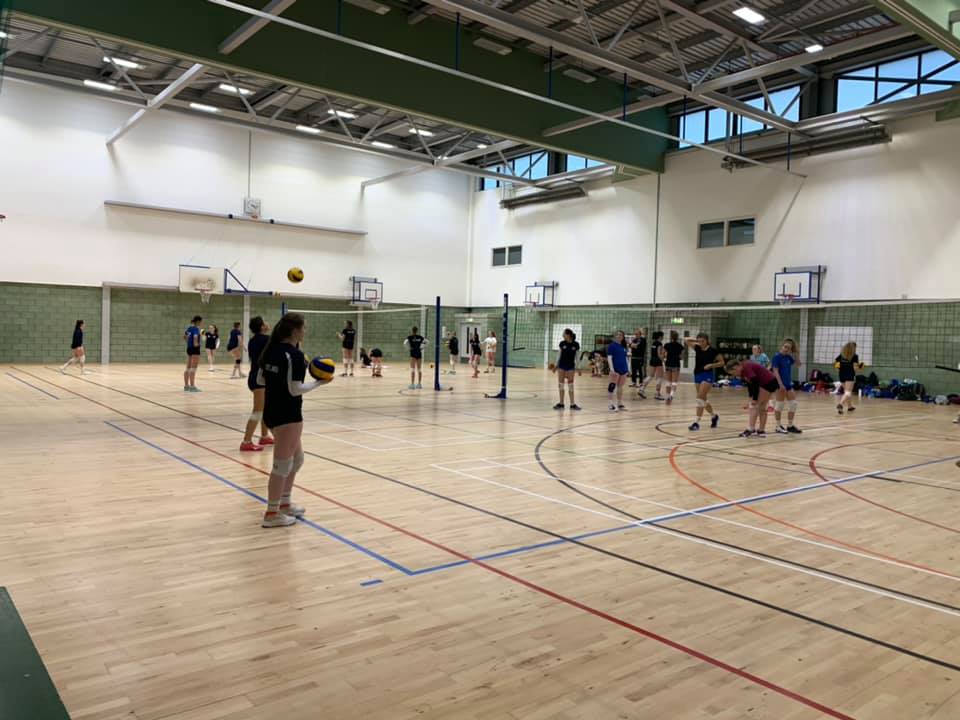 Sunday 13th October saw the first training session of the season in a very busy Edinburgh College Sports Hall at Granton. Despite the early stage of the season the skill level on show was outstanding as players ran through the skills of the game interspersed with some very high quality matches.

This season is important for Scotland’s National Junior Teams as the European Small Countries Championship finals are in April with a possible qualifying tournament in January. This was only the first of a series of training sessions leading up to January with a 3 day camp projected for near the end of December.

This season, already over 30 young volleyball players have signed up to train with the Scotland Junior Women’s team. This group is open to all aspiring young woman athletes from 13 to 18 year old.

If you want to join them, all you need do  is to nominate yourself or have a parent,teacher, coach or other to nominate you by contacting the SVA offices at info@scottishvolleyball.org and expressing your interest. The atmosphere in the group is very welcoming.

Being in the squad offers top volleyball coaching, the opportunity to train with the best young athletes in Scottish Volleyball and the chance to be part of Scotland training teams playing in competitive matches.

It’s a big thank you and well done to those players who made the first day back such a big success and a reminder to everyone to work hard at your club and in your strength and conditioning so that you can represent yourself and Scotland wherever we play but particularly at the big Euro championship ahead.

The final thank you is to young coaches Emma Waldie and Natalia Blaszczak for enhancing the sessions with their input.

Player of the Year 2011… Final Picture

Volleyball is the ultimate team game, and the most successful teams are the ones where the focus is on…
General 19th April 2015