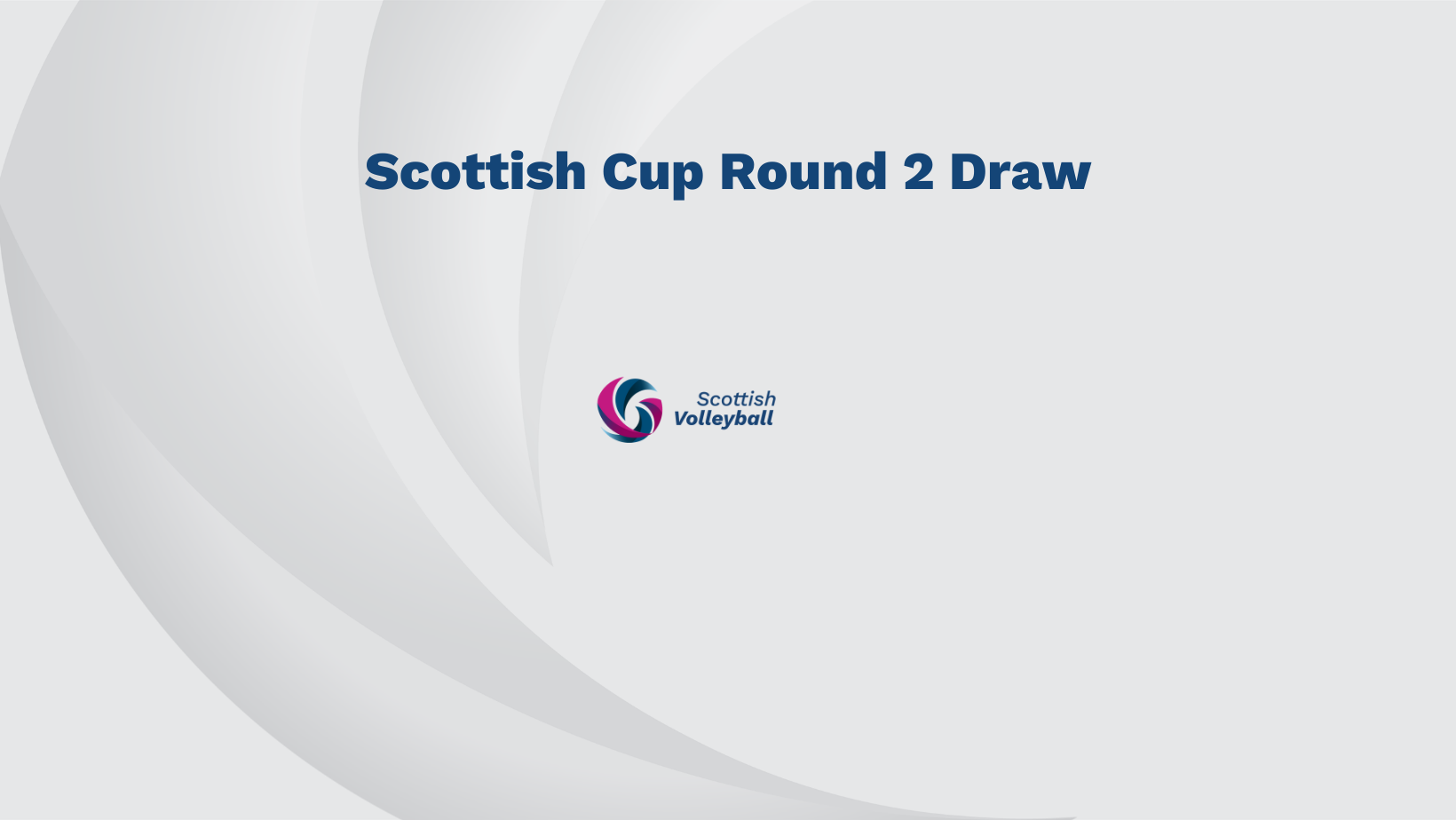 After a thrilling weekend of volleyball with about 40 matches being played at the same time, the second Round of the cup was drawn today at the Scottish Volleyball office.

A detailed flow chart of this year cup is available in the rules and can be found here as well. As per the new format, the teams were placed into pots according to their placements after completion of Round 1. The teams of Pot 1, Pot 2 and Pot 3 were drawn out following the serpentine method 1v16, 2v15, 3,14 and so on, with replay prevention. Teams placed in Pot 4 will be competing in the Scottish Plate, for which registrations will open next week and for which the draw will happen on December 16th 2021.

The first team drawn for both men and women will go straight to the quarter finals as they received a bye, given that there are 15 teams participating in the second round of the cup.

In the women’s cup, Group E first and second teams still need to be decided in the upcoming week.

The second Round of the cup will be played on 11th December 2021. 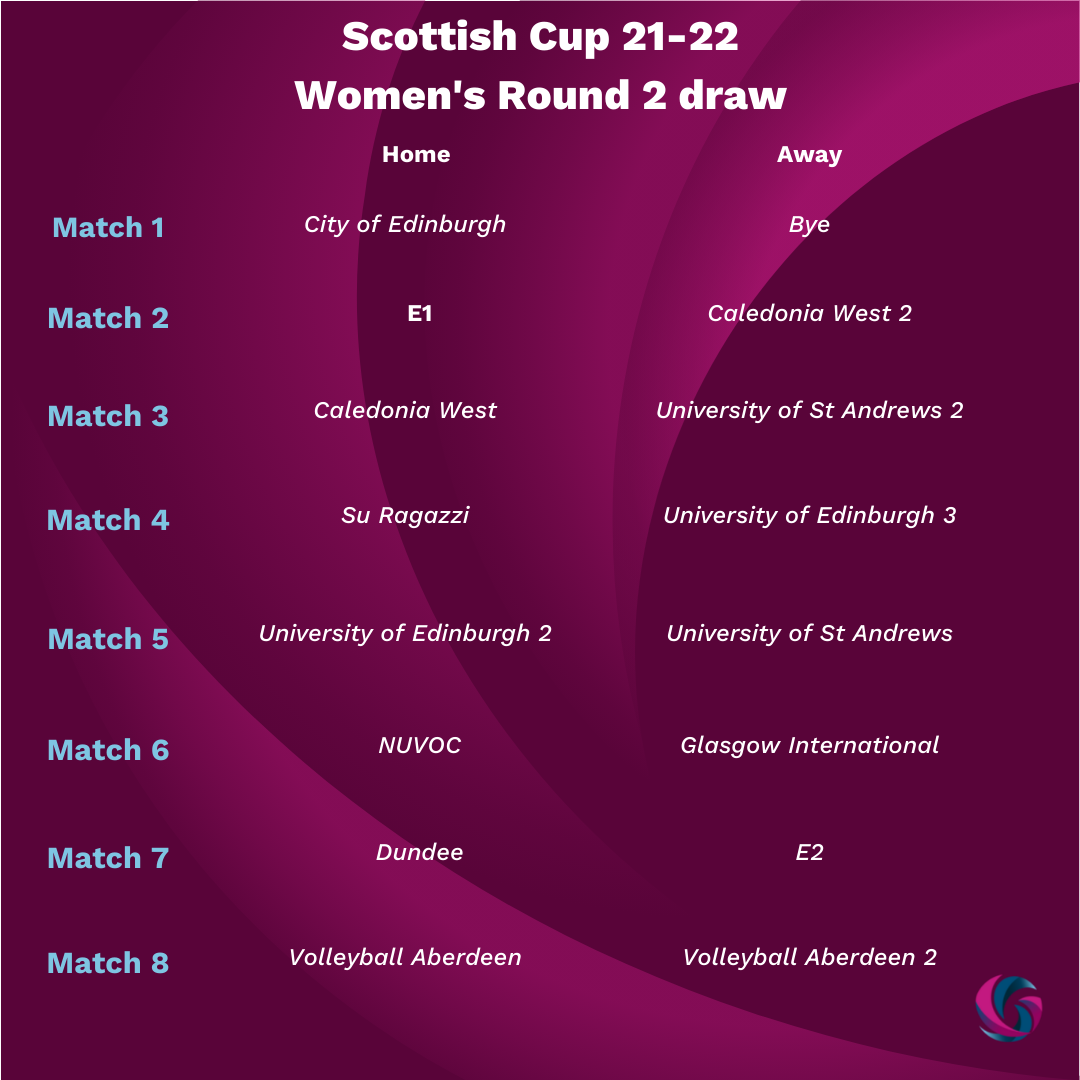 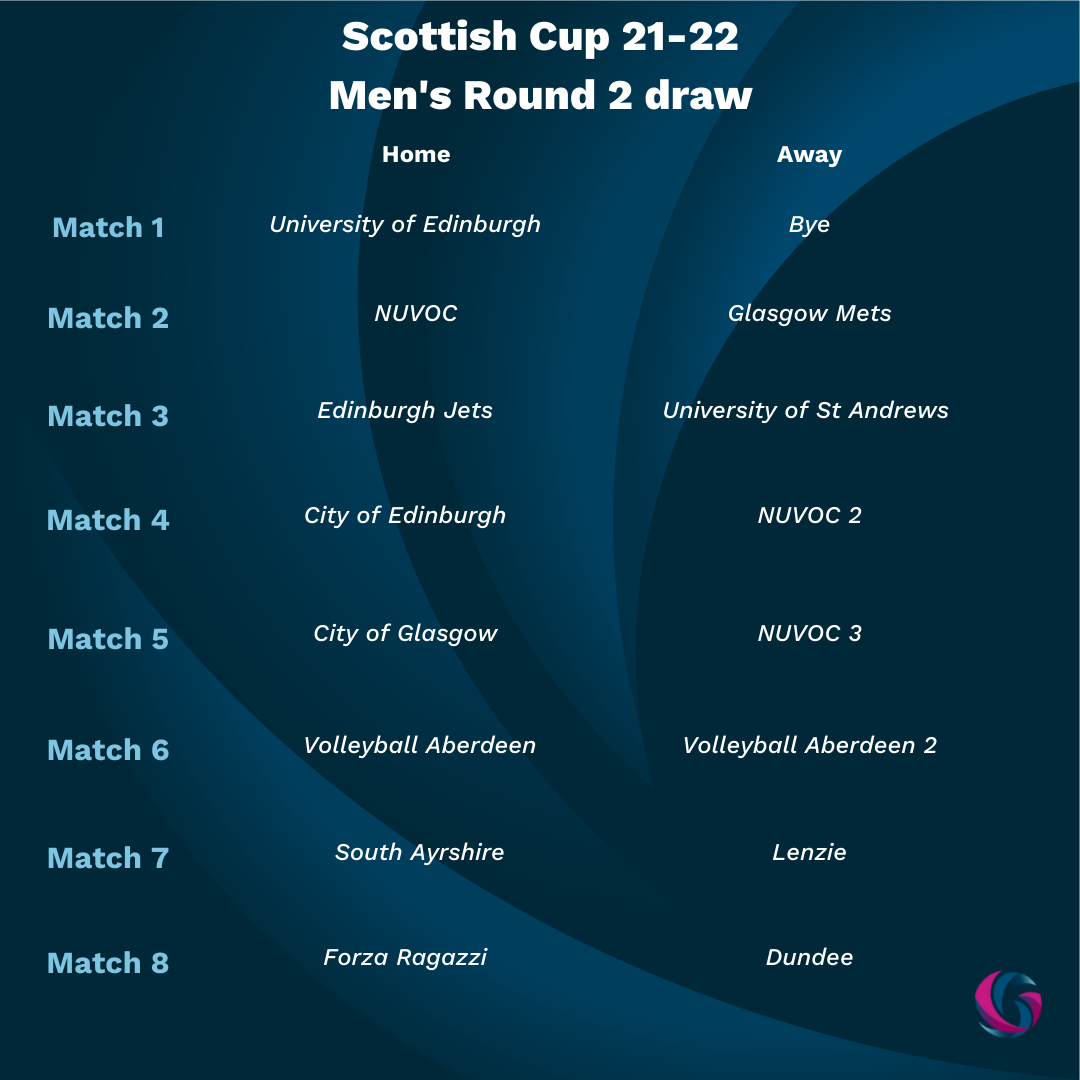 This winter proved to be difficult for clubs in the National and Junior National League, particularly due to the…
General 18th October 2012