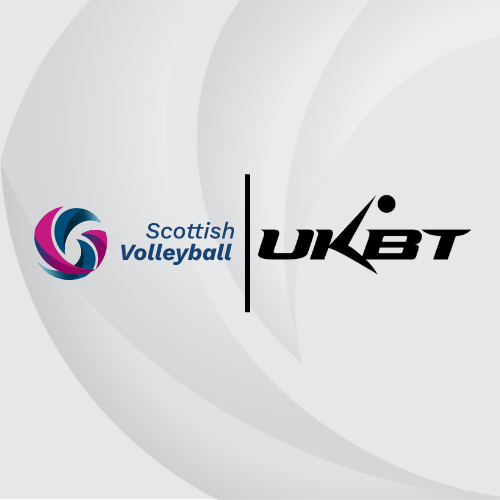 Scottish Volleyball are delighted to announce a partnership with UKBT for the summer beach season 2022.

This partnership will see UKBT provide support to our beach clubs to host a Scottish Tour which is incorporated into the wider UKBT programme.
The Scottish events kick off this weekend with a double gender 2-star event in Aberdeen hosted by Aurora Beach club under the banner of the Northern Lights Series which will see another two events spread across the summer on May 21st and June 25th.

Edinburgh Beach Volleyball club are also involved in the action weekend when they host a double gender 3-star event. The club will also host the Scottish Grand slam event 22-24th July at Portobello.

The West Coast Series gets under way with a 1 star on Troon beach which is mixed event on 28th May. This is followed by a two 3-star double gender events on 18th/19th June and 20th and 21st August. The West Coast beach club conclude with another 1-star mixed event on 3rd September.
St Andrews Beach Club get in on the act with a double gender 3 star held at Broughty Ferry 9th July and a double gender 2 star and 4-star event at St Andrews over the weekend 6-7 August.

To enter these UKBT Tour events in Scotland, you must be a member of Scottish Volleyball and UKBT.

Beach Tour date #5 on the horizon and it’s looking like another hot one. This weekend we return to…