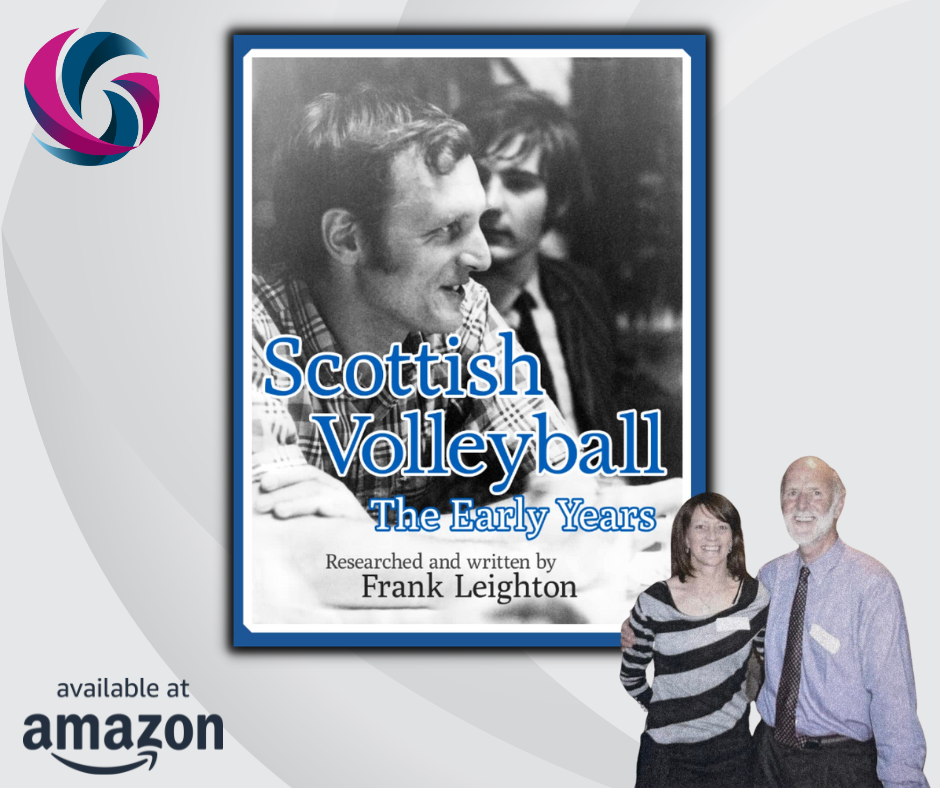 Charting a course through the early years of volleyball in Scotland, Frank Leighton’s ‘Scottish Volleyball – The Early Years’ is now available on Amazon for purchase here: https://www.amazon.co.uk/Scottish-Volleyball-Mr-Frank-Leighton/dp/B0B4SSVZYC/ref=sr_1_1?crid=128GOYN9BU79E&keywords=scottish+volleyball&qid=1656603068&sprefix=scottish+volleyball%2Caps%2C92&sr=8-1

Leighton is a founding member of Dundee Volleyball Club and represented Scotland over 80 times. His first national team coach was John Syer, the driving force in Scottish Volleyball in the 60s and 70s.

Frank’s playing and coaching career with Dundee continued for many years. As one of the administrators in the club he started to archive the club playing records. He went on to collect and compile records of both national teams. This book was born out of a request to write ‘a chapter’ on Scottish Volleyball. It is a fascinating insight to the beginning and formation of our volleyball Association.

Most of the pictures are of Frank’s experiences through these years and some of the influential people in the beginning of National Team and Club volleyball including Frank and Audrey Cooper in the picture above.

‘Scottish Volleyball – The Early Years’ is set to be a very interesting read which also gives its readers the opportunity to put faces to the names of our volleyball forefathers.