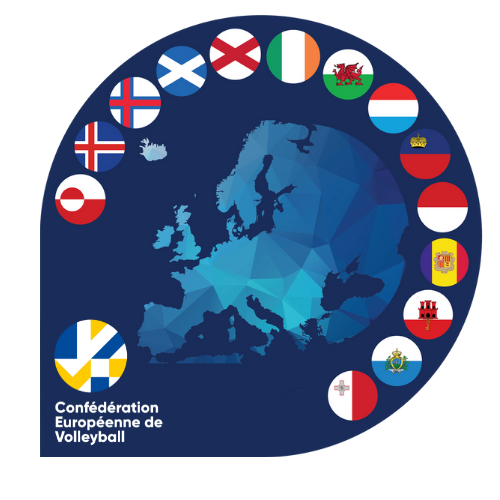 With only a few weeks to go, both the Scotland Men’s National Team and the Scotland Women’s National Team have announced their squads for the upcoming CEV Small Countries Association (SCA) Championships 2022. Both squads mix a range of youth and experience with the Men aiming to retain their title from 2019 whilst the Women aim to go one step better and win gold after silver in 2019.

SMNT Head Coach Ally Jack said, “After countless training weekends, training camps in Stoke & Durham, 3 high performance friendlies, new systems, new players, 3 match days of the new national team performance league… the selection for the 2022 European Small Countries Association Finals in the Faroe Islands from the 12th to 16th of May has been made.
“With representation from 5 clubs across 3 countries, the squad has a mix of experience and enthusiasm that has left me very pleased with the calibre of players at my disposal.
“However, it’s not just those selected that have been influential in raising the performance level. The commitment and hard work from the whole training squad has demonstrated their determination for the final 12 to arrive in the Faroes ready to defend their title.
“Congratulations to everyone selected.”

Whilst SWNT Head Coach Vince Krawczyk said, “It’s fantastic to know that international volleyball is returning for Scotland’s female volleyball stars after more than two years without a competition due to the world problems of that time.

“You can see the excitement and intensity build among the group of players who are preparing for the upcoming trip to Iceland.
“They are not planning just to take part. They would dearly love to go one better than the silver medal they won at the last SCA championships in 2019.
“However, fast improving countries stand in their way, the favourites Iceland, the Faroes Islands and Ireland.
“The Scottish women have considerable experience in their ranks with captain Laura McReady of Su Ragazzi fast approaching a Scotland record caps total joined by her much capped club mate Carly Murray, Mhairi Agnew currently playing at the top end in France, Shona Fraser starring for English champions Durham University, Katie Barbour and Emma Waldie starters for Scottish champions City of Edinburgh Volleyball, Rachel Morrison captain of cup winners University of Edinburgh and Linsey Bunten similarly captain of cup runners up Caledonia West Volleyball . The squad is completed by a group of 5 talented young players.
“The success of the trip could be dictated by the team’s performance in the first match against Iceland, so every moment of the teams remaining preparation will be geared to getting off to a flying start at the tournament.
“We know that this squad will set out to do Scotland proud”

We will be covering the two events across all of our social media and hope to share details about livestreaming.

Q What honour do Vince Krawczyk and Barry McGuigan share……? A. They are the SVA’s current…