Rain, Thursday’s forecast promised rain. I did my annual phone call to Colin Paterson….rain, it’s going to rain all the time. Keep calm, beach volleyball is an outdoor sport, we will be OK…The forecast remained grim, I phoned my set up crew and we agreed to set up on the Saturday morning instead of the Friday night. How impressive are beach volleyballers, Saturday morning 6 :30am they all pitched up at mines ready to go. Still no rain!  We set up the international standard centre court, all the surrounding courts, the marquee, we were ready to go, still no rain

Even though the forecast had been vile everyone turned up, big Jack (McKeown) and I frequently praise the how good the beach volleyball players are, and again they did not disappoint. Sure the total numbers were down a bit, but the quality was superb.

Cook /McHardy and Paterson / McGuigan both won through to the finals with deciding set wins, setting up an intriguing final as Paterson  / McGuigan had already defeated Cook / McHardy in their pool match. However it is promising for Scottish Beach Volleyball that Cook / McHardy who are representing Scotland at the Under-23 European Championships in Holland quickly learned from their pool defeat to lead all the way in the finals to a 2 set to 0 victory, 21-16, 21-18. I am really intrigued how Cook / McHardy will compete at European level as they were so impressive at St Andrews.

When Mel Coutts / Natalia Durkatcha enter your tournament it takes a monumental effort to beat them and it has yet to happen as they won the 2012 St Andrews Championships with Anna Fischer and Aileen Hall second.

Ryan Lula / Karim Berwin won the junior men’s title with a 15-8, 15-13 final win over McHardy / Moore to round up the Championships. St Andrews is usually a two day event however the weather forecast encouraged the organisers to complete the event in one day. However yet again the Fife tourist board should use the Beach Volleyball Championships as a example of the uniqueness of Fife as there was not one drop of rain the whole weekend! 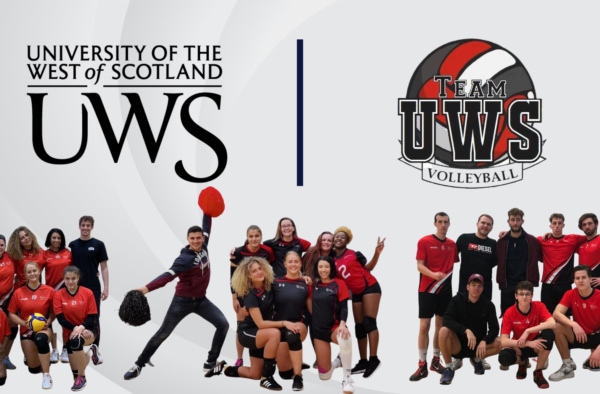 Coaching Position at the University of West of Scotland Volleyball Club