Portobello beach saw its first ever UKBT 5* Grand Slam tournament this weekend, with teams from all over the UK making the trip north for the competition. Matches started at 9am each day, and with the sun splitting the sky on both days, it really was the best start to what will hopefully become a regular fixture in the Scottish Volleyball calendar.

Spread over five courts, with a centre court in the middle, players decked out in UKBT kit took to the classic orange Portobello sand to show the world what they were made of. Saturday saw pool play, with teams having the jobs of playing and refereeing theirs and other’s matches. Passers-by stopped at various section of the beach to glimpse a little bit of the action as they spent their day enjoying the sun. The day ended with the 32 strong teams being whittled down to 16.

Sunday began much alike Saturday; bathed in Scottish sun. Matches started with quarterfinals, knocking out another 8 teams in the quest to reach the final. As the day continued more spectators stopped by to watch, listening to the commentary of the centre court matches. Eventually only 4 teams remained. The women’s final was the Kiwi and Japanese pairing of Johnston and Hayashi, seeded number 11 in the competition, up against the Russian duo of Tokarenko and Sviridova, seeded number 2. Moments of brilliance came from both teams, with the crowd enjoying every minute. Ultimately the Russain duo overpowered the other team, finishing the match and the winning the tournament with a 2-0 win (21-14, 21-12). The men’s final swiftly followed, with the Italian and Spanish pairing of Rendon Peiro and Maggio seeded number 4 taking on England’s Dunbavin and Walrond, seeded in 5th. The match started off strongly, teams fighting the other for every point. The first set finished 21-18 to Dunvabin and Walrond; the second 21-13 to Rendon Peiro and Maggio. The 3rd set looked to be a thriller, before the English pairing suffered an injury, resulting in their decision to pull out of the match. Thankfully both players were well after the match.

A short prize giving was next, with CEO Margaret Ann Fleming congratulating players for their achievements on the court. Scottish Volleyball would like to take this opportunity to thank some key members in organising this tournament. Thanks must go to Jake Sheaf and Andy Jones and the whole UKBT team for helping pull off an amazing tournament, as well as all the volunteers and officials who spent their weekend with us at the beach. Thanks also to City of Edinburgh Council, Police Scotland, Wilson as the official ball supplier of the UKBT, sportscotland, Volleyball Photos and Lynne Marshall for their excellent photographs, and Graeme Easton for his commentary. 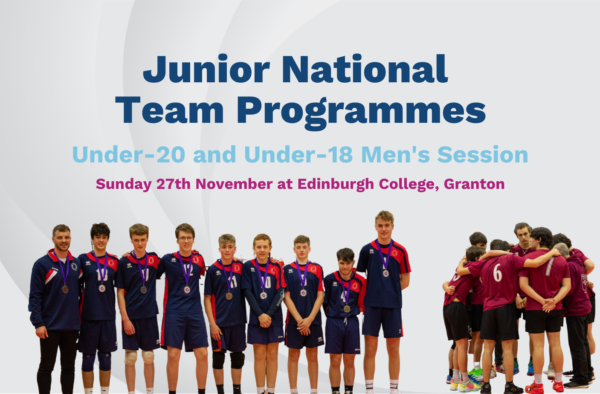 Beaches blazing on the west coast. What a great weekend for Beach Volleyball this weekend in Scotland. Ayr beach…