The UKSG Programme is taking shape beautifully, with Players, Coaches, and Managers all working their socks off to make the best possible use of the opportunity.

The development Camp in St Andrews which was held in July was good, the match play on Saturday 15th August was fantastic.  Lots of our Senior Clubs stepped up to help our young stars get some much needed match practice prior to the Big Event.

The East and West Boys’ teams were at Wishaw Sports Centre where they were well supported by Kilmarnock, Troon, and Jets Volleyball Clubs.

The East and West Girls’ teams were at the Kelvin Hall in Glasgow where they were helped by Troon and Su Ragazzi Volleyball Clubs.

Both venues were’ lit up’ by the efforts of all who were involved.  There were great rallies, lots to learn, statistics to be recorded and decoded, and many, many discussion aimed at analysing the performance of the young players, and working out where to go next.

Next is the last ‘Holding Camp’ at St Andrews University.  It takes place the weekend before the UK School Games event; it’s for the final fine tuning; it’s for event preparation; it’s to make sure that everyone knows exactly what’s expected of them, and what the opportunity offers……..It’s another opportunity for all those who are involved to get together and share the excellence which they generate….sounds good to me.

A final note is to say thanks to all who are involved, and perhaps to specifically mention the unsung heroes – the parents – who tirelessly transport  the young players to all the various venues.  Who stay to watch the practice sessions and scrimmage matches.  Who support the players, the programme and Scottish Volleyball with their time, energy and enthusiasm….the UKSG Programme is great! 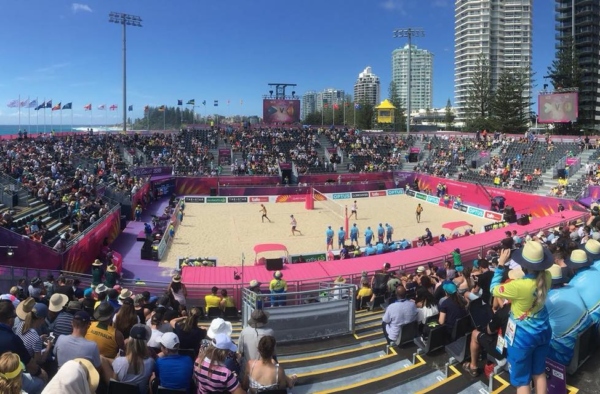 The ‘GAME ON’ programme